I'm never much good at Remembrance Sunday. Born in 1960, WW2 seemed very close as for my parents it was their first adult reality...My father had served in the Royal Navy, my mother in the WRNS, and neither of them had any romantic illusions about the ways of war. Remembrance Sunday was sad and dark, for all the ranks of old comrades who turned out at church wearing their medals. It frightened me then, and it still does in some ways, as we get swept up in a process of remembering that can never breathe life into dry bones.
This year a series of glitsches and communications failures compounded the problem for me, so it is only to ensure that I don't spend all night sitting editing that I'm posting this here. I'll preach it, if my courage holds, at Remembrance services in both churches. I don't think it's much good, but I know it's all I have in me to say tonight...
I think it's in Perelandra that C.S. Lewis has his protagonist, Ransome, begin an act of courage  thus
"In the name of the Father, and of the Son, and of the Holy Spirit - here goes!"
I think that may well be my approach tomorrow morning. 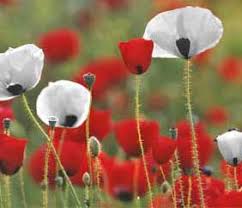 Email ThisBlogThis!Share to TwitterShare to FacebookShare to Pinterest
Labels: preaching

Thank you. I always find Remembrance Sunday filled with complicated emotions, trying to honour those I know of (or am related to), who sacrificed in many different ways, whilst still holding the values of Jesus as I understand them.

This spoke to me - more than any sermon I've heard on this day in recent years. Thank you.

Ostrich said...
This comment has been removed by the author.
7:30 AM

Sorry, a typo and I can't bear typos.

I said Well done. Now stick to your gun and go to it!

My father won't talk about his war service, either - a fact that, like you, I use in my Remembrance Day services when I am preaching on it (not today - I have a skating competition instead which is much more nerve-wracking!). My mother, who is just too young to have served in the war, wanted to see the D-day beaches earlier this year, and Daddy simply hated it, and changes the conversation to the Bayeux Tapestry, which they also saw on the same trip, if you ask him about it. I said "Didn't it lay a few ghosts, to see children playing where once were mines and barbed wire", but he didn't seem to think so.

And my late father also hated poppies so discouraged me from wearing them, which got me into trouble once I was ordained as his wishes and the wishes of the British Legion conflicted.

There seems to be a common theme here. My father refused to collect his medals or join the British legion. He dislilkes Remembrance Sunday so I am glad he lives too far away to see me dressed up and conforming to the wishes of others. Still, I survived with integrity intact. Great sermon Kathryn! Glad I didn't read it before giving mine.

good work, Kathryn -- oh, I would LOVE to sit down with you this afternoon over some not-quite-harmless libation and talk about being "daughter of veterans".
Wonder Curate is preaching today and has done most excellently...
PS we lost 50 from this parish in the First War, nearly all in the summer of 1916 -- the Somme, of course. Only 9 in the second go-round, and they were nearly all Air Force.

Well done, K. We have Veteran's Day here in the US tomorrow, and I am debating if I can shoehorn a mention of it into Sunday's sermon, somehow, because there are a few folks who really do care about it.

My father, too, would never speak of it (that war turned him into an alcoholic as well), although my mtoher, who served in Britain and France in WWII, told wild and funny stories. When she did, my father usually repaired to the kitchen to eat ice cream out of the container.

The pain lasted a long time for those good souls, didn't it?

Song in my Heart said...

I grew up as a military brat and only realised after leaving home that most children do NOT spend their childhood knowing that one parent could be sent away for six months at a time or more and might not return. I knew people who went to Kuwait, and then later on peacekeeping missions to Bosnia; some didn't come back. But that was all the domain of grown-ups, then.

I, too, am late seeing this. Thank you for this seromon, I found it gives me perspective. I grew up in a civil war on the "loosing side" and saw many of my school mates killed. Living still in the same country and on the loosing side it is difficult to remember these soldiers who are generally vilified because they fought for a racist illegal regime. Yet they were just good boys and my friends and knew nothing but the propaganda we were fed. You held me remember them more honourably this year and I think going into the future. Gld bless you.